Some days the muse is with you, some days she's not.

After years of struggle, I have finally figured out how to wrap up A SONG OF ICE & FIRE. As most of you know, it has been taking me longer and longer to deliver these books. The thing is, I got the poor Stark family into such deep trouble that I could no longer see any good, plausible way to get them out. I had written my poor characters into a deep, deep cave and the light was going out. No wonder I was having trouble. Why, I had created problems so severe that there was no way the Starks could hope to overcome them. Winterfell was doomed.

But today I had a brainstorm, and now the way is clear.

The problem was, I was taking my lead from J.R.R. Tolkien. JRRT was a master, of course, but he was sort of obsessive as well, when you come down to it. Middle Earth, Middle Earth, elves, orcs, dwarfs, that was all he could think about. I needed a broader perspective, so today I decided, the hell with Tolkien, I will take my inspiration instead from such giants as Stephen King, Isaac Asimov, and Robert A. Heinlein. King tied all of his work together in the conclusion of the DARK TOWER series. Asimov joined his Robot series to his Foundation series in the last books he wrote before his death. RAH, the first Grandmaster, the DEAN of Science Fiction, had all his protagonists get together for a cocktail party in THE NUMBER OF THE BEAST. So why should I limit myself to one world and one set of characters?

Winterfell is saved! The Wild Cards are coming to the rescue!

It's perfect. Melisandre will open the gate with one of her fire spells, and from a world beyond the heroes will come through to save the Starks and rescue all of Westeros. The Others cannot hope to stand against Popinjay, Jetboy, and the Great and Powerful Turtle. So what if they can raise the dead? So can Hoodoo Mama. And what evil knight of Westeros could hope to match blades against Lohengrin armored in his ghost steel, with his glowing force sword in his hand? And those dragons... sure, they're pretty fierce, but little Dragon Huntress can match them with her stuffy Puffy, and she can pull out Cthulhu too! Modular Man, Cap'n Trips, Yeoman, Carnifex, Bubbles, Curveball, Dr. Tachyon, Water Lily, Fortunato, Troll, Midnight Angel, and the rest... they'll set right all that's wrong in Westeros and do it in short order.

Why didn't I see this earlier?

The muse is good.

The Wild Cards are coming to Westeros, and all is saved!!! 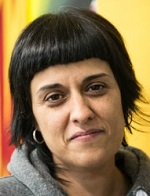